Skip to content
Showcase Spotlight: When the Robins Left by Hazel Bergen
July 10, 2022 by Stefanie 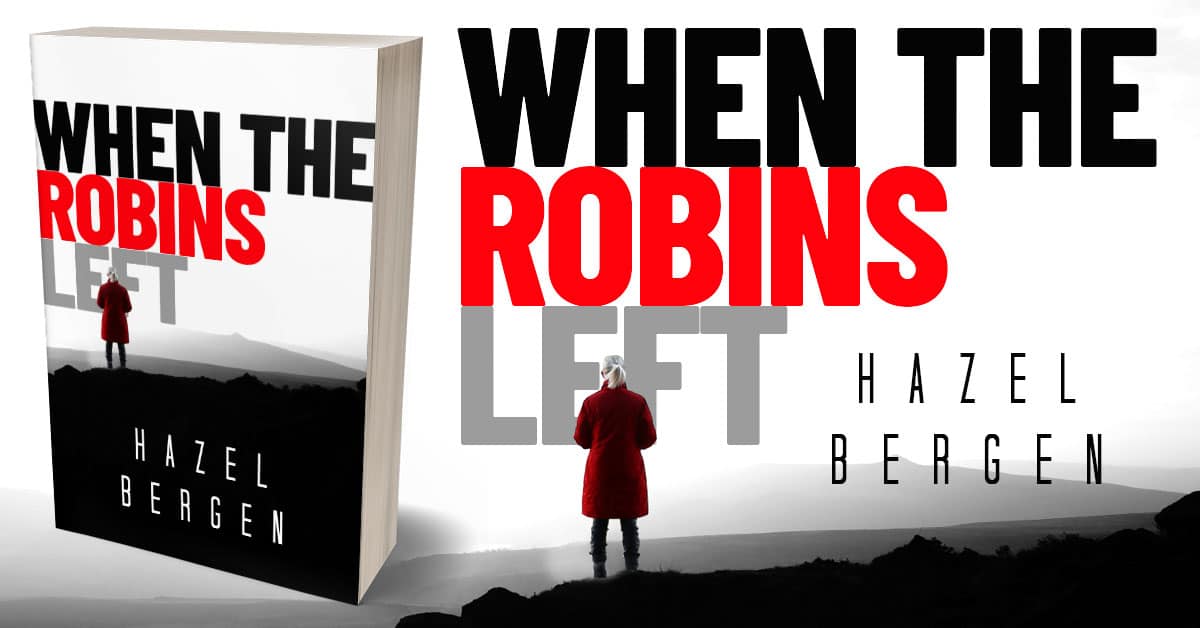 When the Robins Left is a novel by Hazel Bergen. Available in ebook and paperback.

A fugitive on the run, a boy without his mother. Will she be able to save them from a fate worse than death?

Amsterdam, 2038
Roosmarijn and her girlfriend are desperate to flee persecution under the new fascist regime in united Europa. Their escape fails as they get separated and Roosmarijn is determined to reunite eight-year-old Tim with his mother.

When she is captured by the authorities an old friend comes to the rescue. As a little white lie spirals into a web of deception, he may not turn out to be the hero he appeared. Roosmarijn uncovers the plans of the new regime and comes up against a battle of time and truth.

Not knowing who to trust, will she ever be able to escape this gilded cage?

Title: When the Robins Left