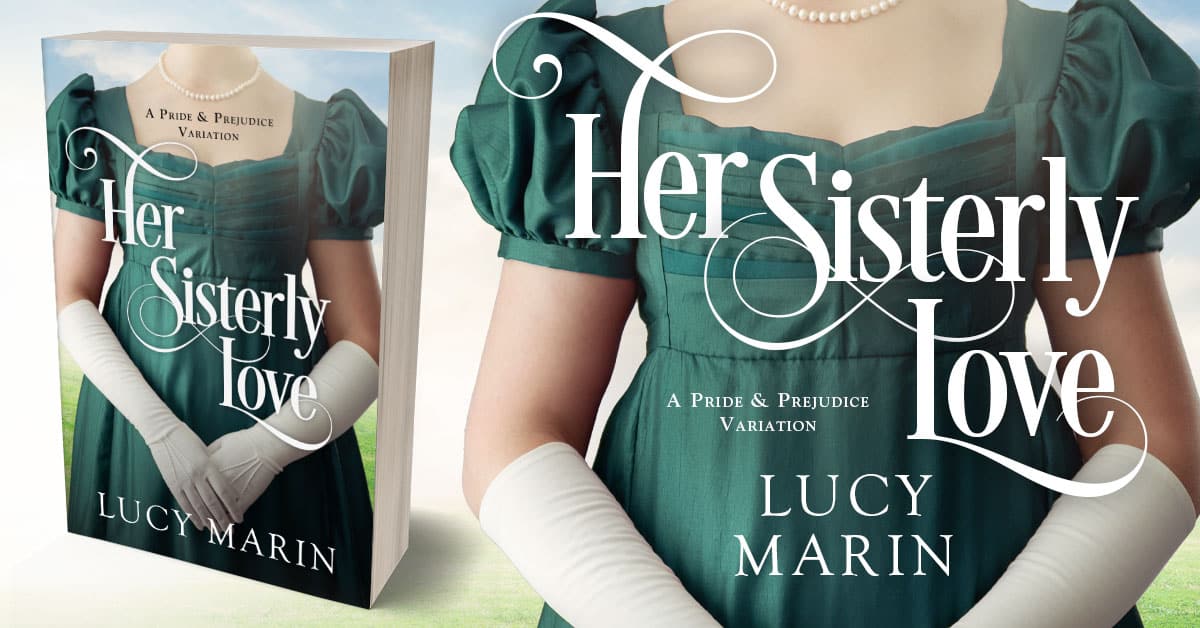 His Sisterly Love is a Pride and Prejudice variation novel by Lucy Marin. Published by Quills & Quartos. Available in ebook, paperback, and audiobook.

He could not deny that he loved her with the sort of feeling and certainty that novelists and romantics dreamt of—not that he had ever considered himself romantic.

AT THE TENDER AGE OF TWELVE, Elizabeth Bennet vowed to protect her younger sisters from her parents’ neglect, brought on by their increasingly combative marriage. Jane is her partner in this endeavour—until her attention is diverted by the arrival of a handsome new neighbour, Mr Bingley. With him is his friend, Mr Darcy, who Elizabeth first dismisses as taciturn and rude. But as she gets to know him, other feelings arise—ones destined to end in heartbreak because of her promise to remain with her sisters.

SOON AFTER ARRIVING at Netherfield, Fitzwilliam Darcy finds himself intrigued by one of the local young ladies. There is something about Elizabeth Bennet’s kindliness that draws him to her, and as he learns more about her, his admiration grows. First determined to forget her, he soon wants more than anything to win her heart and her hand in marriage. But will the very thing that draws him to her be the thing that forever keeps them apart?

Her Sisterly Love is a Pride and Prejudice novella variation.