Skip to content
Showcase Spotlight: The Rocks & Stones Between a Rose Part 6 by Smokey Moment
August 28, 2021 by Stefanie 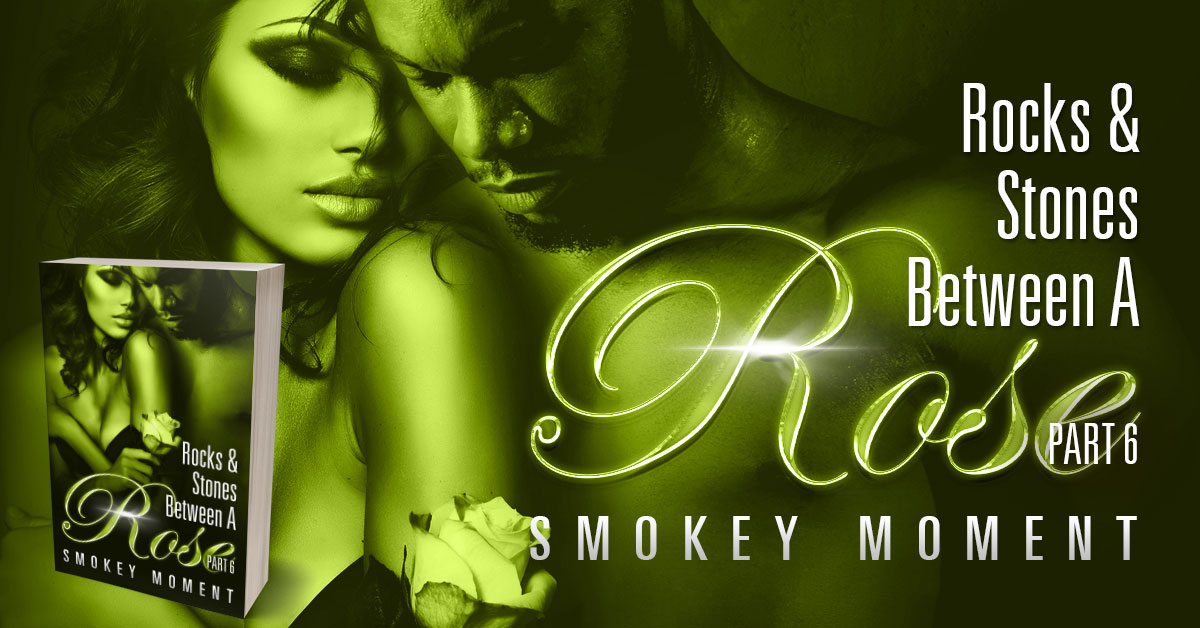 The Rocks & Stones Between a Rose Part 6 is an urban romance book by Smokey Moment.

Rose doesn’t mean to do damage! Love is not supposed to destroy!

But what’s a woman to do when she was destroyed early on! She can’t love right!

Because men have hurt her… And she doesn’t trust them!

But the old adage hurt people hurt people, has never rang truer. Rose fights her demons and appears to have won. But something from the past, has come back and she fights to keep more secrets from Boston.

But… There is a problem!

Boston has been keeping secrets of his own. And when Rose does the unthinkable, he uses brutality to fix her once again! Rose wonders why he uses such tactics. She discovers he’s been seeking ways to control her and she scrambles to see what he knows!

Across town, Phoenix continues to struggle. His love for her deepens as he pledges to never let her go. Rose finds out he is still in love with her. The discovery causes her to fantasize about her past with him. And the fantasy reveals itself at the worst time. Impossible to keep in her head only, she calls Boston by his brother’s name sending him reeling!

Meanwhile, Austin St. Rock makes a big name for himself as he decides to run for Senator. But a sex scandal threatens to derail his career and Boston tries to intervene before it is too late. Boston has hopes of him becoming president. Will his drive to push Austin to run, result in further pushing an already distant brother away?

Read along in this series as it draws to an end and see the shocking drama that unfolds. With one more book left in this dramatic tale, see how the shocking ending concludes, in one of the most talked about series out! Find out secrets not yet revealed in a story not for the faint at heart with an ending that will blow you away!

Title: The Rocks & Stones Between a Rose Part 6