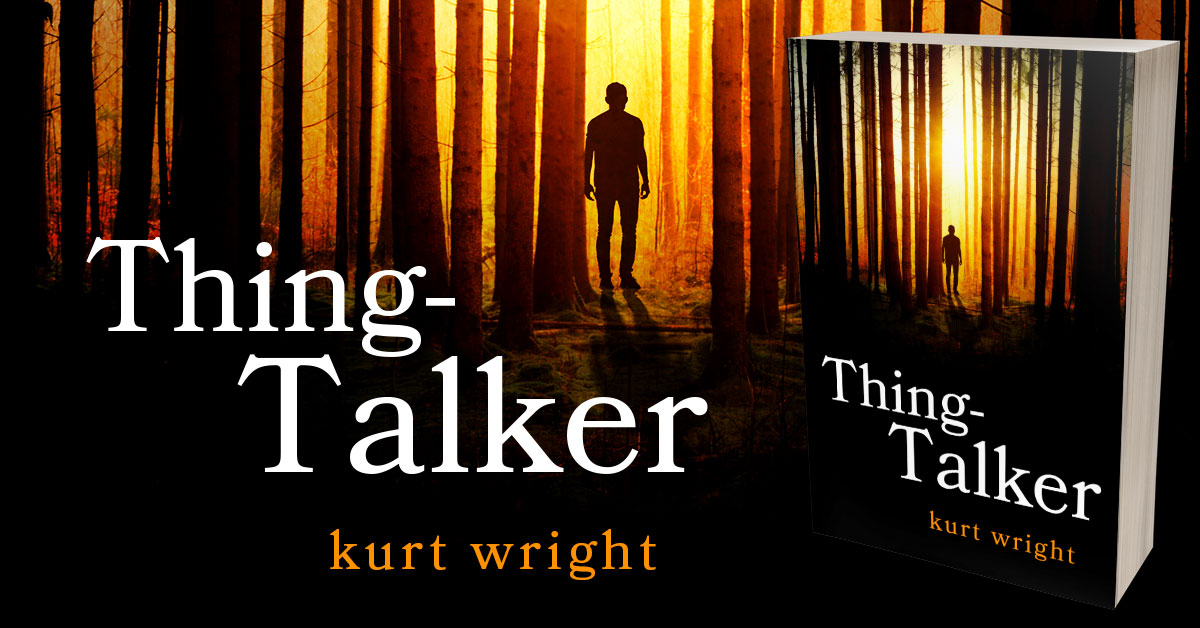 Thing-Talker is a fantasy book by Kurt Wright.

Sam is finally feeling like he’s found a home in Pharris Point. While that home demands fighting off hungry, man-eating houseplants on occasion, who goes through life without some problems? As the local “Thing-Talker,” Sam is the one the supernatural community has learned to turn to when things go wrong in nature.

And things have definitely gone wrong.

When he’s hired by a group of druids to help with a murder that’s occurred in their woods–a murder Sam is uniquely capable of assisting with–Sam is left with two options: Find the killer and finally join the druid community he’s longed to be a part of for so long, or get out of Pharris Point before those same druids come for blood.

The choice is easy for Sam, but among a faction of violent druids who are less than keen about a Thing-Talker join their ranks, a ninja who keeps showing up at the crime scenes, and a mage who turns nature itself against innocents, he certainly has his work cut out for him.