Skip to content
Showcase Spotlight: The Dom’s Forever by Harper West
May 4, 2021 by Stefanie 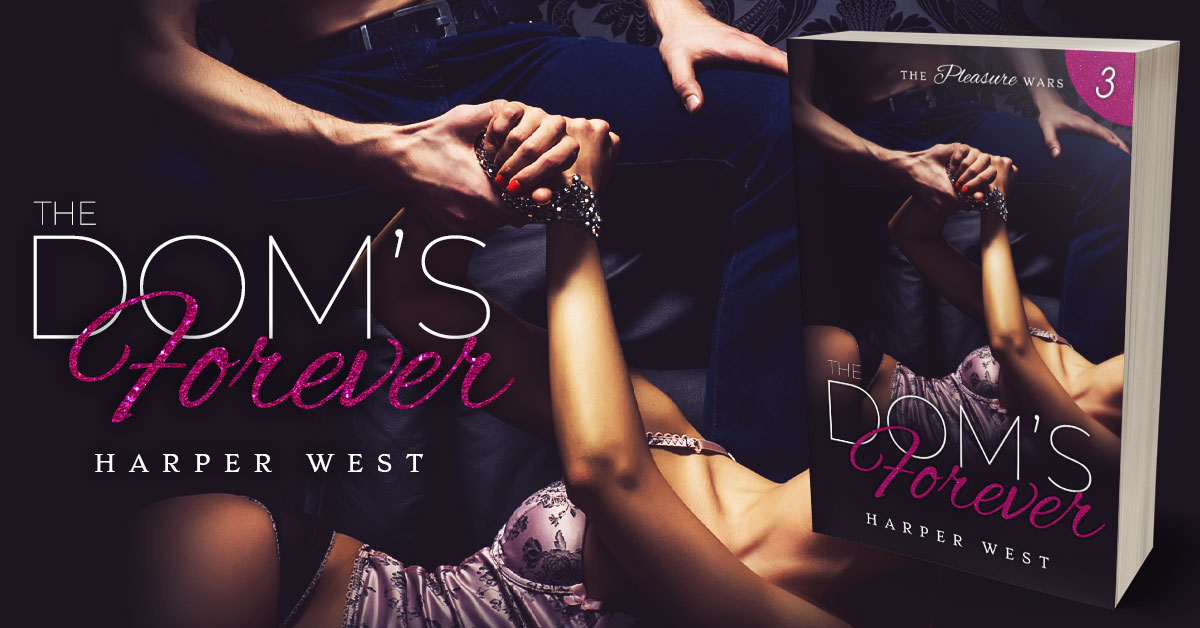 That’s all that stands between me—and freedom.

I thought the longer things went on, the easier they’d get. But nothing is ever easy when it comes to Killian Abernathy.
They say the line between love and hate is paper thin . . . and I think I finally understand that sentiment. Because I don’t hate Killian. I hate what he brings out of me. The dark, dirty side of myself that doesn’t fit in with the rest of the world.

And it scares me.

Because the truth is so much harder to admit than the lies I’ve been holding onto.