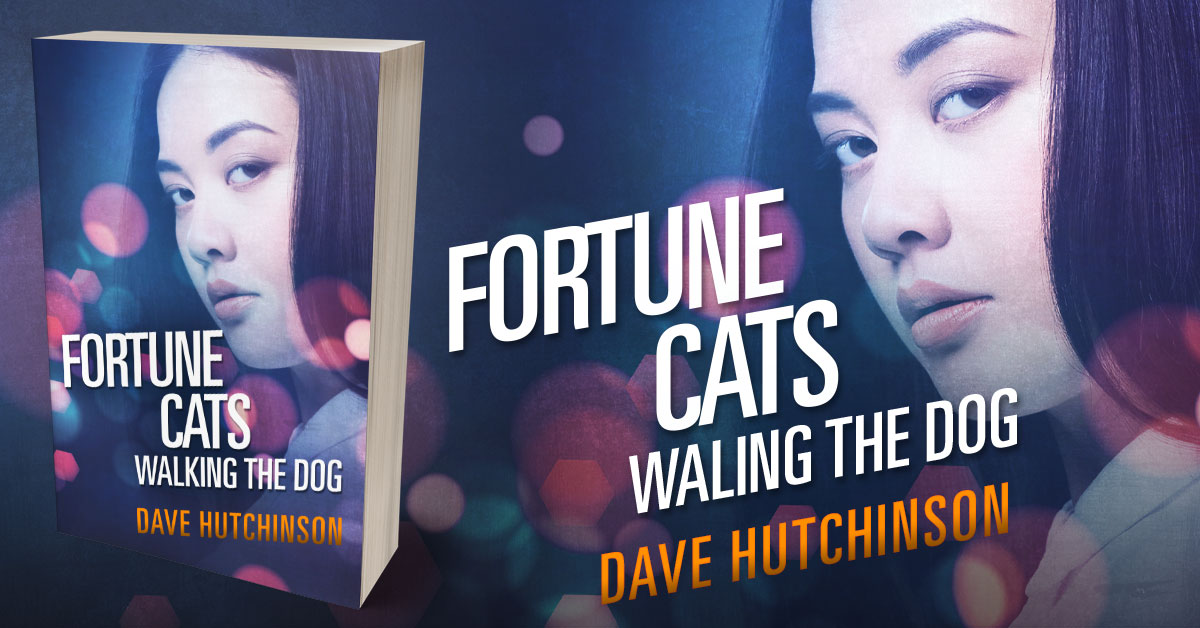 Fortune Cats Walking the Dog is a thriller and suspense book by Dave Hutchinson.

Former Ladies Professional Golf Association world number one, Se Ri Park, has just got her life back to normal after returning from the DPRK political regime, where she had been abducted and held captive for two years.

During a backyard occasion at her Jupiter Island estate her family comes under attack. The assault is a reprisal for her role in delivering DPRK state secrets to the government of the United States of America.

The aftermath leaves her best friend, dead. Devastated by his death and fearful for her family, Se Ri unleashes a revenge of near incomprehensible achievement. Aboard a container ship in a foreign port she has her target brought to her, which in turn attracts additional adversaries worthy of her wrath.

Se Ri has to overcome an infiltrator to her inner circle, an unpredictable Albanian/Korean mafia leader, and a member of the U.S. Senate who uses both CIA and Russian agents to capitalize on Se Ri’s revenge.