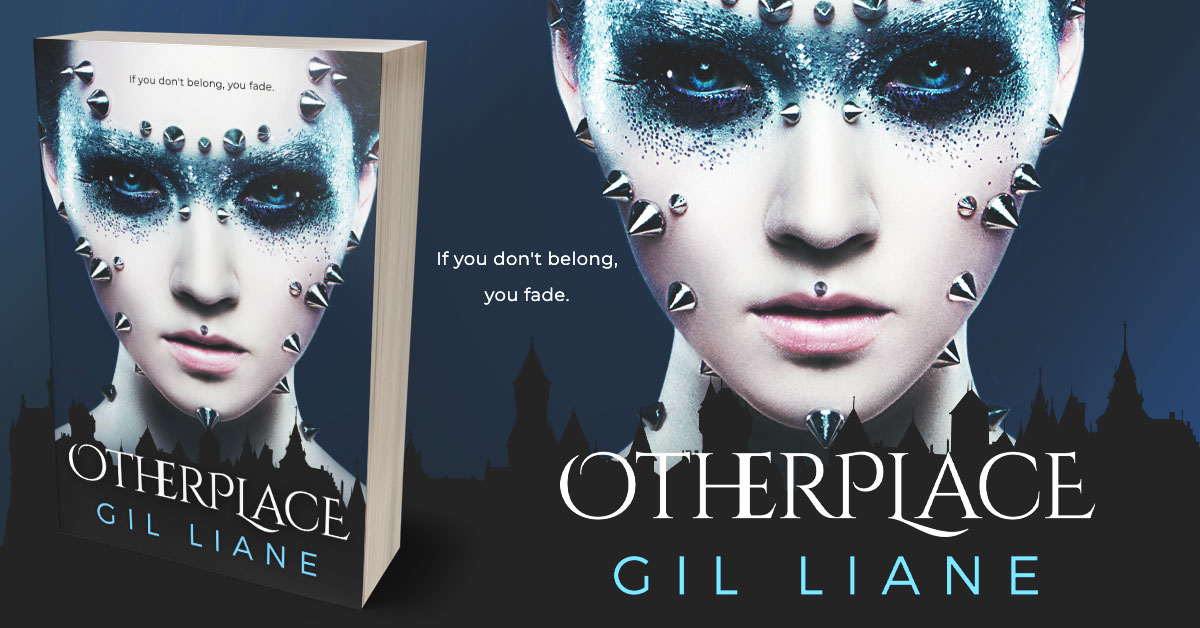 Otherplace is a young adult fantasy book by Gil Liane.

If you don’t belong, you fade.

In Otherplace, no job and no home, means no right to exist.

The law of One is clear. All Placeless must Fade.

When Place Police sweep the dome, illegals have three choices: hide, run or fade from existence.

Helen and her brother Hop take refuge deep in the forest. But at Desperachen Manor one thing worse than being Placeless, is being prey.

Hellen finds hope as a Module at the castle. But magic can’t hide the truth. The more she sees of the world the more questions haunt her.

Why does Prince Charming have so many faces? How did Death become trapped in a person?

The Placeless rebellion has secret allies, and powerful enemies. A seer insists Hellen will save them, but she doesn’t believe in visions.