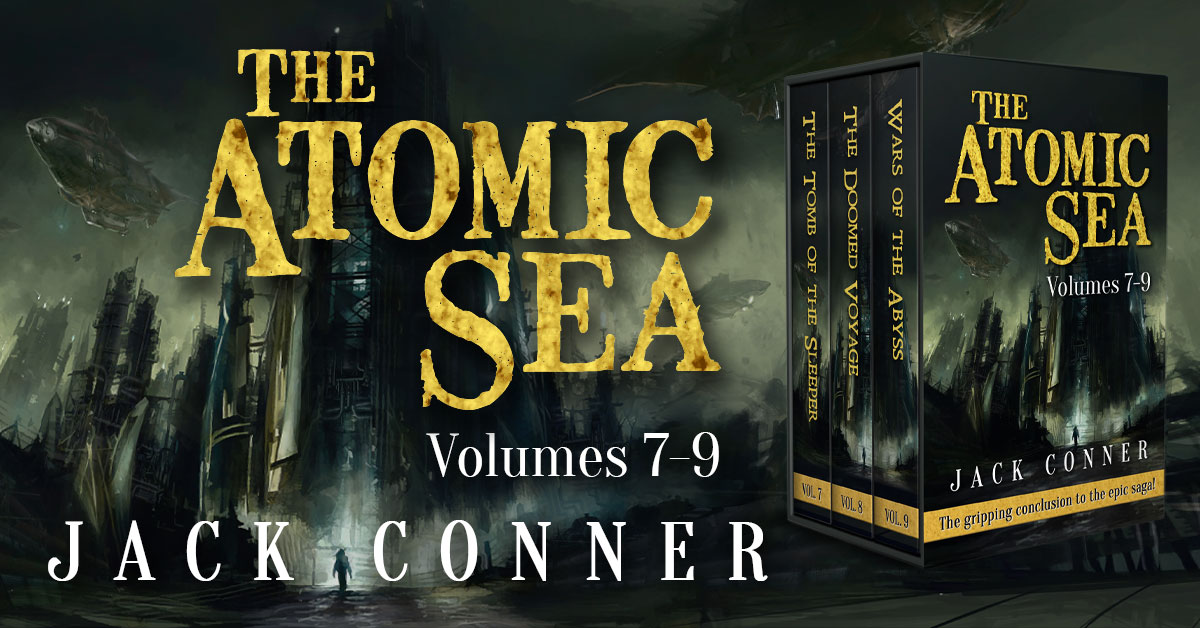 The Atomic Sea Box Set: Volumes 7-9 by Jack Conner is a collection of books 7-9 in the epic fantasy / science-fiction saga.

Dr. Francis Avery and his friends have been captured by a cruel duke and are being held in the vile prison fortress known as Curluth Point, located in an island rising from the Atomic Sea. If they don’t escape soon and bring the Codex to the Empress-Regent, all hell will break loose.

War looms. A fleet of pirates ruled by the terrible god-things known as the Collossum is drawing close even as the time of the Sleeper’s awakening has come. The time of prophecy is at hand, and the fate of the world is at stake. Only Avery and his friends can stop the darkness. But it won’t be easy. A corrupt duke and a malevolent Collossum are only the beginnings of their troubles.

The Atomic Sea: Box Set: Volumes 7-9 is the third and final collection of books in this series of epic steampunk and fantasy adventure novels. If you like action-packed storytelling, Lovecraftian horrors, and unique twists and turns you won’t see coming, then you’ll love Jack Conner’s incredible mix of fantasy, adventure, mystery, espionage, and war.