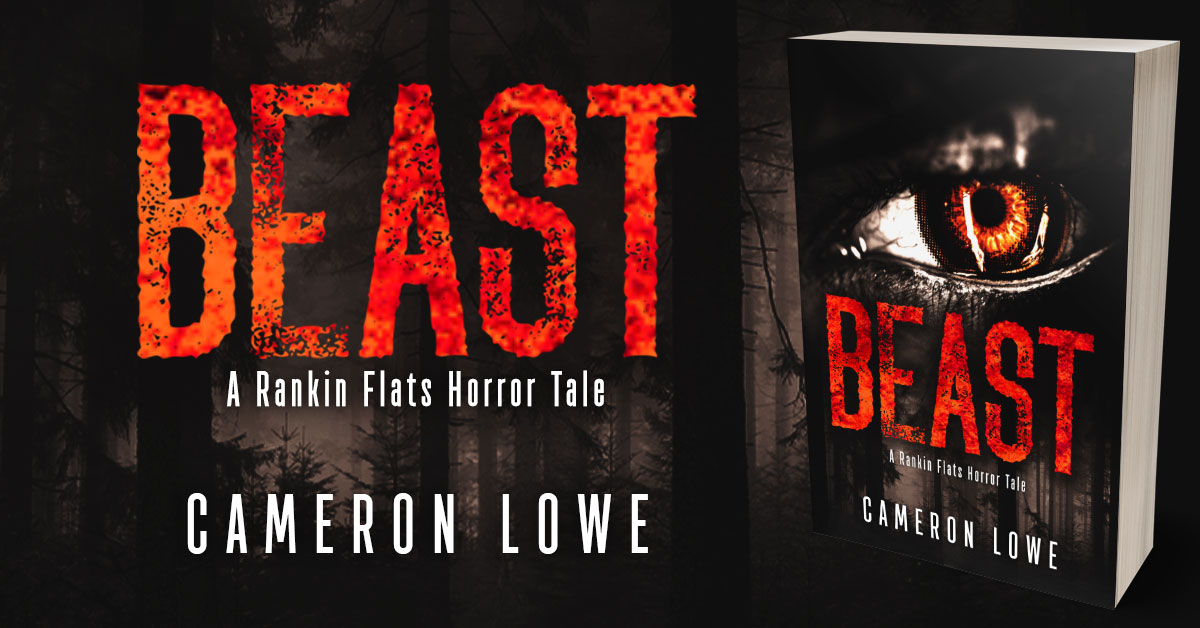 Beast is a Rankin Flats Horror Tale by Cameron Lowe.

Something inhuman prowls the streets of Rankin Flats, and it has its mind set on its next meal – a group of unsuspecting teenagers trying to navigate the pitfalls of their last couple years in high school. At the core of the group is Becca. Poor, head over heels in love with her best friend’s brother, and trying to avoid having to go home and face her drunk for a father, Becca is barely hanging on as it is. But the beast stalking her cares about none of that. It only wants her – and her friends.

In this spectacularly gruesome creature feature of a novella, Cameron Lowe returns to the Rankin Flats universe to scare the daylights out of readers with a quick chomp of a story. Fans of his supernatural thrillers will find some fun links between this and his previous novels, though Beast can be read and enjoyed as a standalone too.