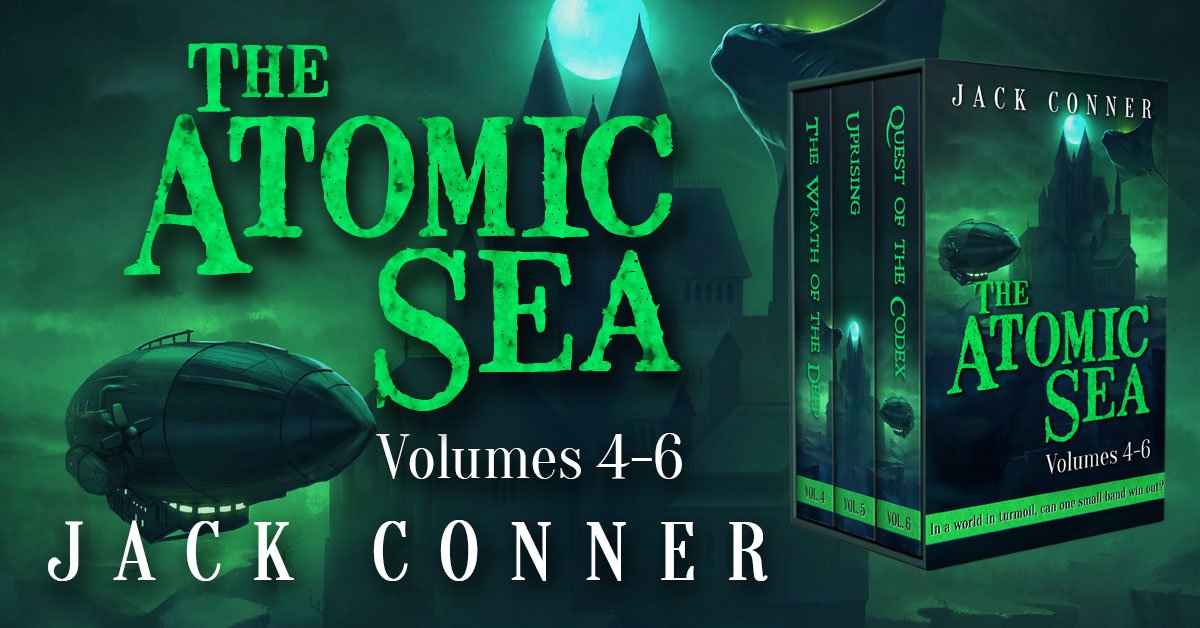 The Atomic Sea Box Set: Volumes 4-6 by Jack Conner is a collection of books 4-6 books in the epic fantasy / science-fiction saga.

Dr. Francis Avery and his friends may have stolen the Device back from Uthua, the dread Collossum, but now the entire might of the Over-City is after them. For weeks Avery and the others have desperately pursued the Device in an effort to reclaim it before it could be activated on behalf of Octung. If that had happened, it would all over. Octung would have ruled the world in the name of its awful gods and darkness would have descended over all. Now Avery’s group has a chance, but it’s a slim one.

As if this weren’t dire enough, Avery’s daughter Ani is aboard the dirigible bearing him and the others. Not only has he placed himself and his friends in mortal danger, but now his own daughter’s life is on the line, too. And just when he got her back. Somehow Avery and his small band must find a way to escape the dreaded forces of the Over-City and activate the Device on their own behalf. If they can do this, they can end the world war and defeat Octung. But how can they accomplish it when all the enemy’s forces are against them? And is Jessryl Sheridan, their former enemy and now potential ally, going to aid them or betray them?