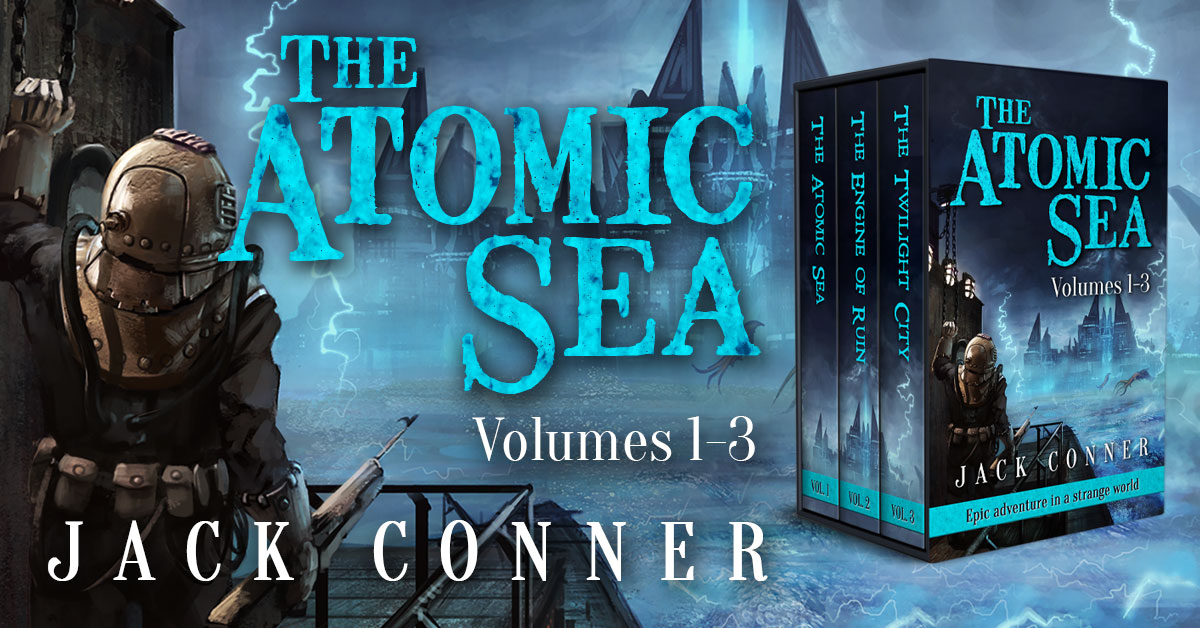 The Atomic Sea Box Set: Volumes 1-3 by Jack Conner is a collection of the first 3 volumes in the epic fantasy / science-fiction saga.

Dr. Francis Avery drowns his memories in whiskey. Years after the Empire of Octung killed his family, his only drives are alcohol and fighting back. While aboard a military whaling ship far out on the eerie Atomic Sea, a series of murders forces him to track down the killer.

As if this weren’t enough, a mysterious woman named Layanna is pulled from the toxic, lightning-wreathed depths of the water. Though it’s impossible, she’s alive and she has a secret: she’s the only one who can stop Octung. And she’ll need Avery’s help to accomplish her mission. If they fail, then the entire world will fall under Octung’s bloodthirsty, murderous shadow. So begins an epic quest across a strange world, spanning multiple continents and featuring a colorful cast of characters including criminals, whalers, spies, mutants and more. Strap in for an unforgettable ride.