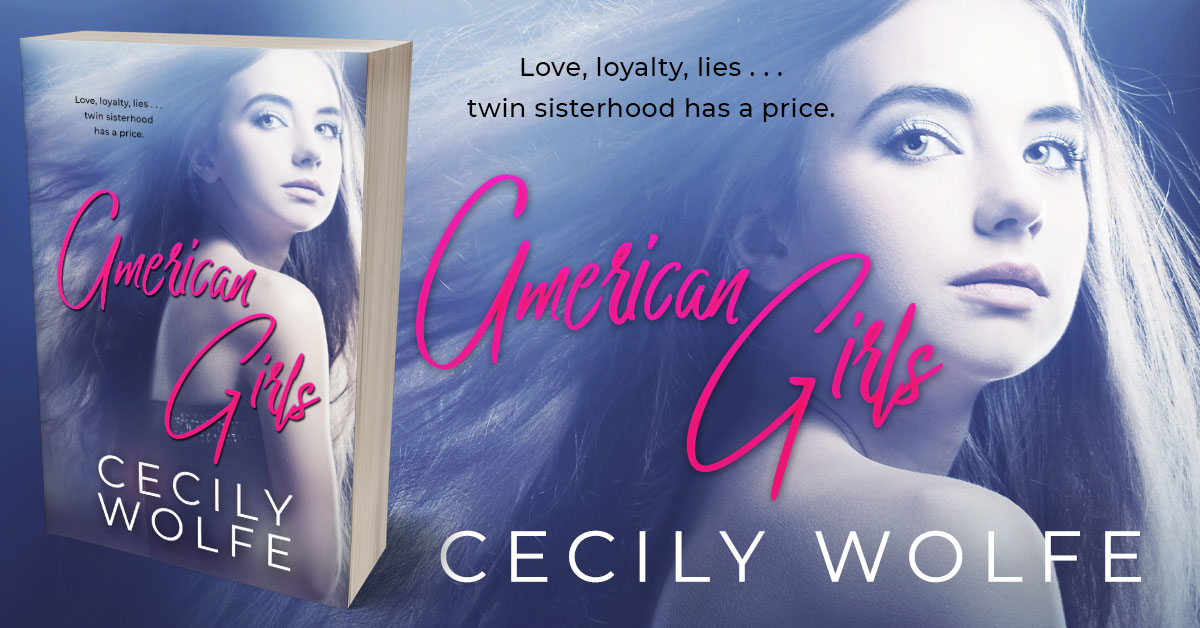 American Girls is a young adult novel by Cecily Wolfe.

How long could you keep a life-changing secret from your twin?

Pretty, popular high school sophomore Victoria discards boys as easily as she finds them, unlike her bookish and brilliant sister Thora. When Chris, the senior football captain, develops a inexplicable interest in Thora, Victoria becomes wary. She’ll do anything to protect her twin, even as her own love life grows complicated. As Thora becomes distant and secretive, Victoria is determined to discover what is going on between Thora and Chris, no matter the cost.

Told as a flashback years later as Victoria wrestles with disastrous adult relationships and Thora’s impending marriage, secrets kept for decades sustain an emotional minefield. Will painful memories destroy their chance to reunite, or is it too late?

Written by two sisters, incorporating real childhood and adolescent memories with fictional details, American Girls looks at the best and worst of growing up girls in the 1980s Midwest and the devastating power secrets can wield over the closest of relationships. Perfect for fans of Jodi Picoult and Joshilyn Jackson.