Skip to content
Showcase Spotlight: The Giant Cat by PJ Ryan (The Magic of Faylea Book 2)
February 21, 2020 by Stefanie 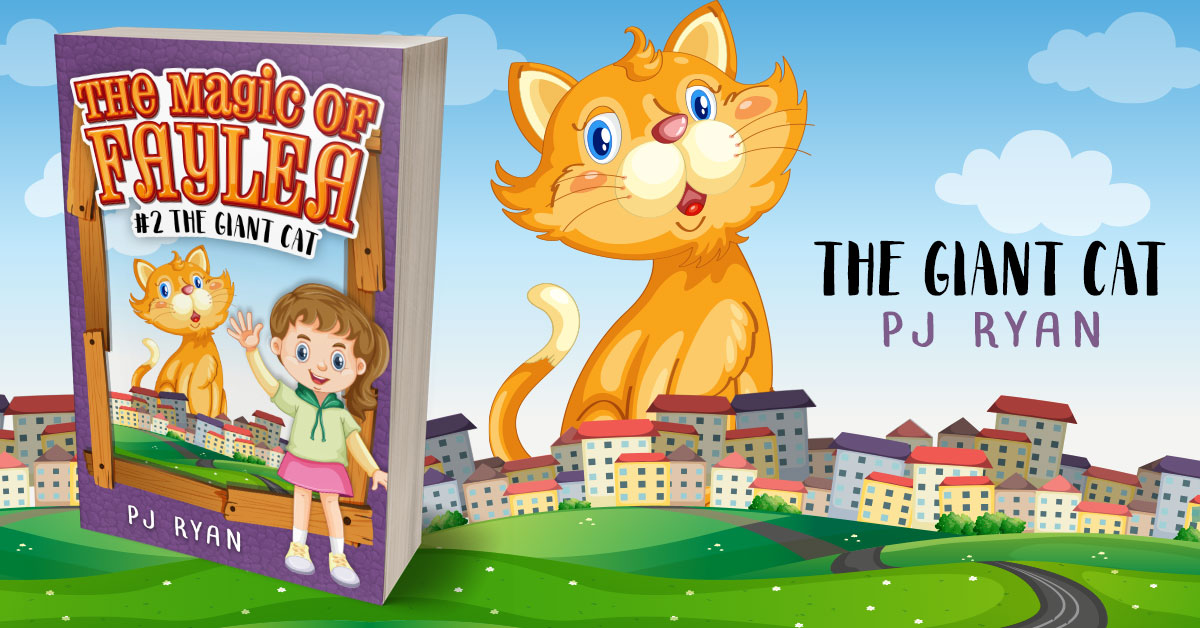 The Giant Cat is a children’s chapter book (9-12yrs) and the second book in The Magic of Faylea series by PJ Ryan.

Nevaeh is on a mission!

She–along with her two sisters and cousin–has a job to do and it’s not just a boring old normal job.

They have been entrusted as the guardians of the most amazing–and shocking–magical world.

And they need to get back there as soon as possible because when you let creatures in from the human world–such as cute little kitty cats–apparently very bad things can happen.

Can four young girls with special powers save Faylea from the giant creature that’s causing all kinds of trouble throughout the land?

If you like fun stories, kid’s fairy tales and stories with heart, you’ll love The Magic of Faylea series!