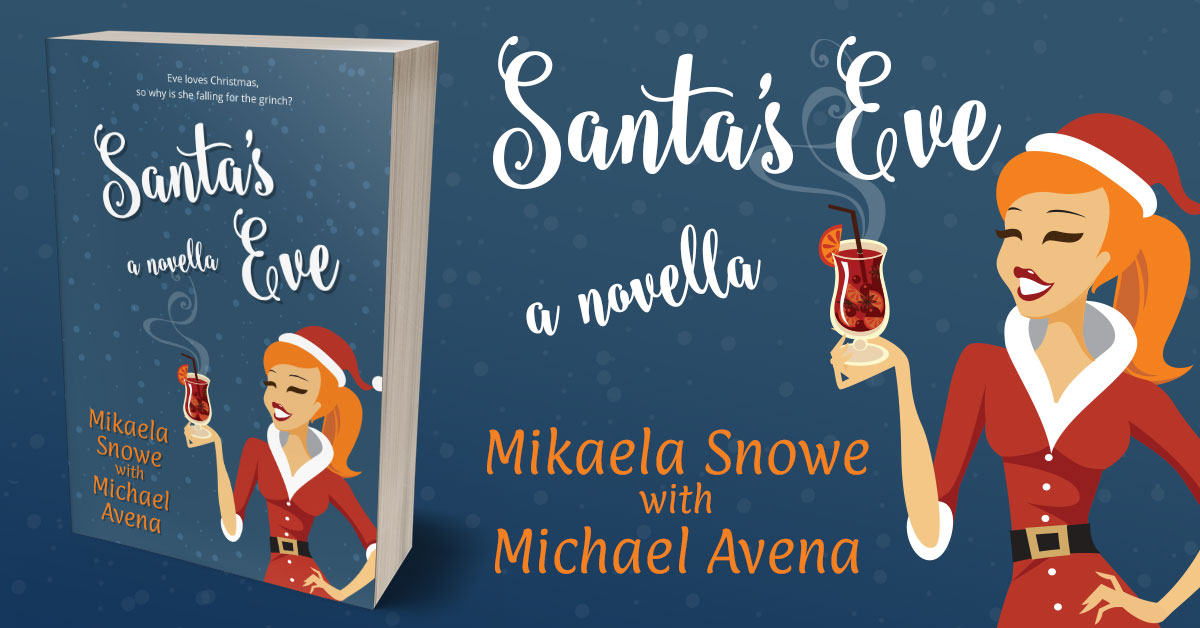 Eve is on a Christmas mission.

And grouchy Santa can’t stop her.

As decorator at South Florida’s most exclusive open-air shopping center, Eve is out to orchestrate a joyful Christmas Eve winter wonderland. It’ll be just like that 24th all those years ago before her father went and got himself, you know, arrested.

What’s past is past though. After all, she’s got the mistletoe. She’s got the chestnuts roasting on an open fire. And she’s hired the jolliest Santa in the world. It will be perfect, that is, if she can get Gabe, the grinch of an engineer, to cooperate. Sure, he’s tall, and that baritone voice of his could melt the North Pole. But can’t he stop hating Christmas long enough to make Eve’s winter wish come true?

As far as Gabe is concerned, the world could do without Christmas. It digs up memories from holidays best forgotten. So naturally, he lets himself get roped into playing Santa at some snooty shopping center. (Shhh, no one can know. It would ruin his reputation.) To top it off, that crazy redhead Eve wants him to break the laws of physics and create some winter wonderland. What part of “South Florida heat wave” does she not understand?

As the Advent calendar ticks down to December 24, Eve fears she may have more in common with Gabe than she’d like to admit. And in spite of himself, Gabe is losing his grip on his inner bah humbug. Could he possibly end up falling for the girl—and Christmas?

If you like chipper heroines, laugh-out-loud situational comedy, and all things Christmas, read this holiday novella by Mikaela Snowe and Michael Avena today.