Skip to content
Showcase Spotlight: Falling For Him by Jillian Adams
August 22, 2019 by Stefanie 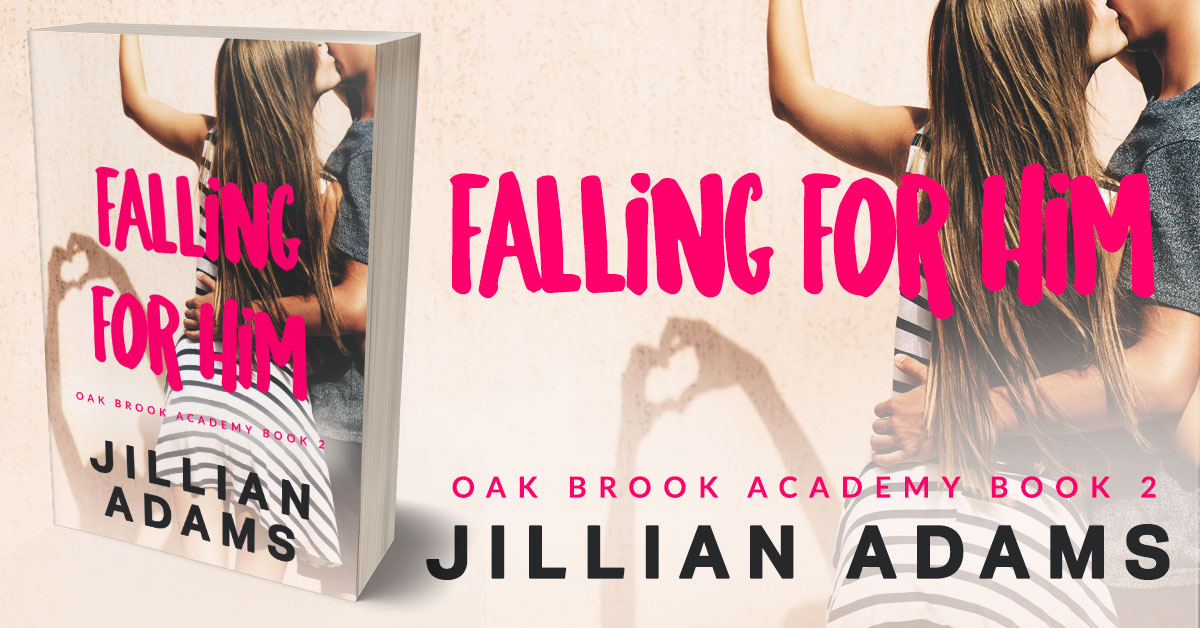 Falling For Him is a young adult sweet romance book by Jillian Adams. It’s the second book in the Oak Brook Academy series.

An aspiring journalist determined to uncover the truth. A football star with more than touchdowns on his mind. Can he convince this intriguing girl that he’s more than just a jock?

When Alana Lawson sets out to uncover the truth about the athletic department at Oak Brook Academy, she never in her wildest dreams imagines that she’d find herself turning cartwheels with the cheerleading squad. Alana’s life has been far too serious for something like that.

Mick Stevens has been on the football team ever since his first year attending the prestigious boarding school that is his home away from home. But he’s into more than just sports and being the center of attention.

When Alana falls off the bleachers to dodge a spinning football, for some reason Mick is there to catch her. And later, when Mick actually asks her to be his date to a party, she can’t believe her luck. He could be her in to getting to the truth behind closed doors. That’s the only reason Alana would be interesest in spending time with a boy like him…and besides, he couldn’t really be interested in her anyway.

Falling for Him is the second standalone book in the Oak Brook Academy teen sweet romance series. If you like flirtatious twists of fate, charming mismatches and high school antics, then you’ll love Jillian Adams’ clean story of love and romance for teens.

Read all the books in the Oak Brook Academy series!

Title: Falling For Him