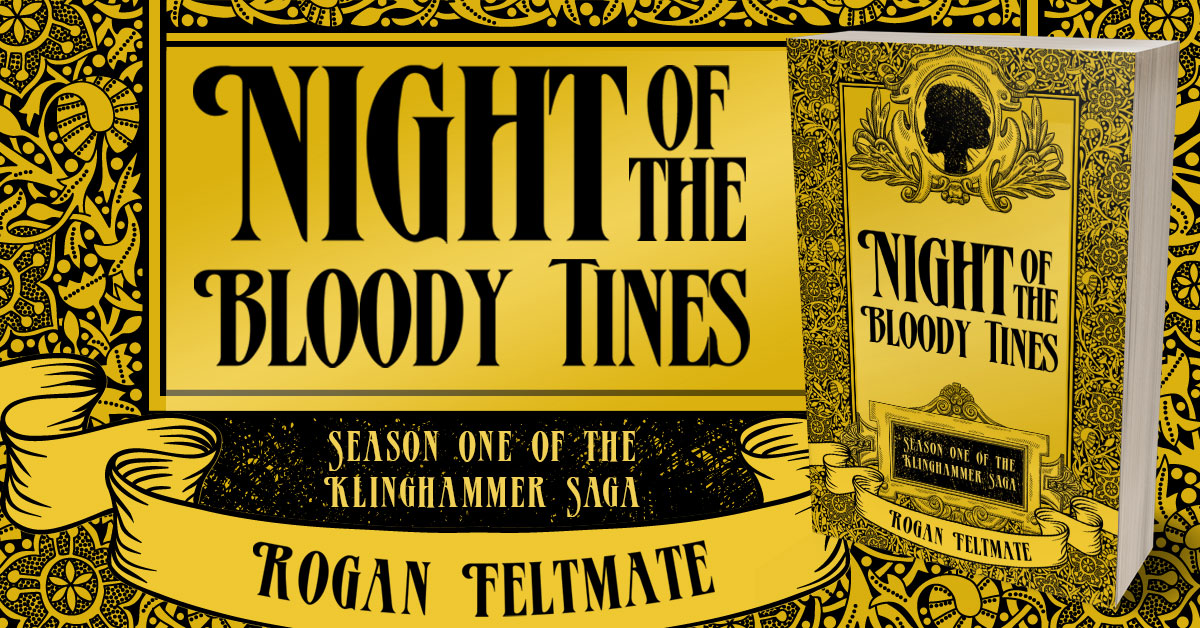 Night of the Bloody Tines is a epic fantasy book by Rogan D. Feltmate. It’s the first book in the Klinghammer Saga.

Game of Thrones meets Suits in this action-packed epic fantasy about a city older than time, and the villains who seek its ultimate destruction. Or are they our heroes?

“Why? Who could hate us so much?” asked the Lord Mayor.

Enter the city-state of Klinghammer, a former global superpower run by old guilds and older families. Its archaic corporatist government is the last of its kind, and Lord Mayor Trav Pinion sees the writing on the wall. With a pending bid to join the Concert of Tines—an international economic and military alliance—Klinghammer is on the cusp of taking its seat on the global stage once more. However, the Corporation’s repressive policies against magic have sparked outrage across the land, prompting Kasters to rise up…

Amid the tumult, Chelsi Ashbruner applies for an internship at Guildhall, and gets much more than she bargained for. She is hired as the Auxiliary to Airn Dutta, an up-and-coming political luminary and a descendant of the City’s most powerful industrial dynasty.

An attempt on the Lord Mayor’s life ignites a political powder keg, threatening to expose Klinghammer’s dirtiest secrets. An aged vigilante, a legendary swordsman, and a detective fallen from grace, are forced from retirement. Along with Chelsi and Airn, they’ll soon discover whether the City can survive its past when confronted by its eldest foes…

Debut author Rogan Feltmate bursts onto the literary scene with the first novel of the Klinghammer series—epic fantasy thrillers filled with political intrigue and romance, conspiracy and brutality, magic and mystery.

Title: Night of the Bloody Tines