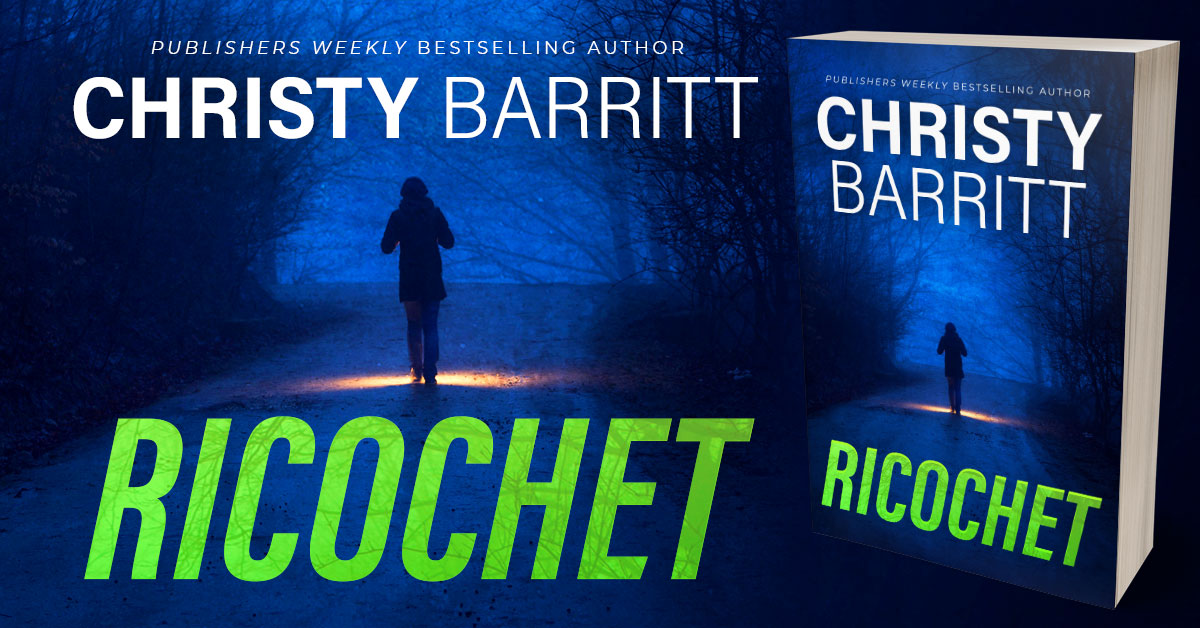 Ricochet is a romantic suspense novel by Christy Barritt.

When Molly Hamilton returns to her beloved summer camp, she finds nothing but trouble. First she hits a dead body in the road before arriving. Then she discovers the camp director is missing. If that isn’t stressful enough, Molly’s new boss is none other than Nick White, the man who once broke her heart. Nick and Molly know there’s something dangerous going on at Camp Hope Springs. But as the former teenage sweethearts try to uncover the mystery, they discover even more hidden secrets—about the camp and themselves. Saving the camp may not be safe, especially for their hearts.

***Ricochet was first published as a Love Inspired Suspense in 2012.***