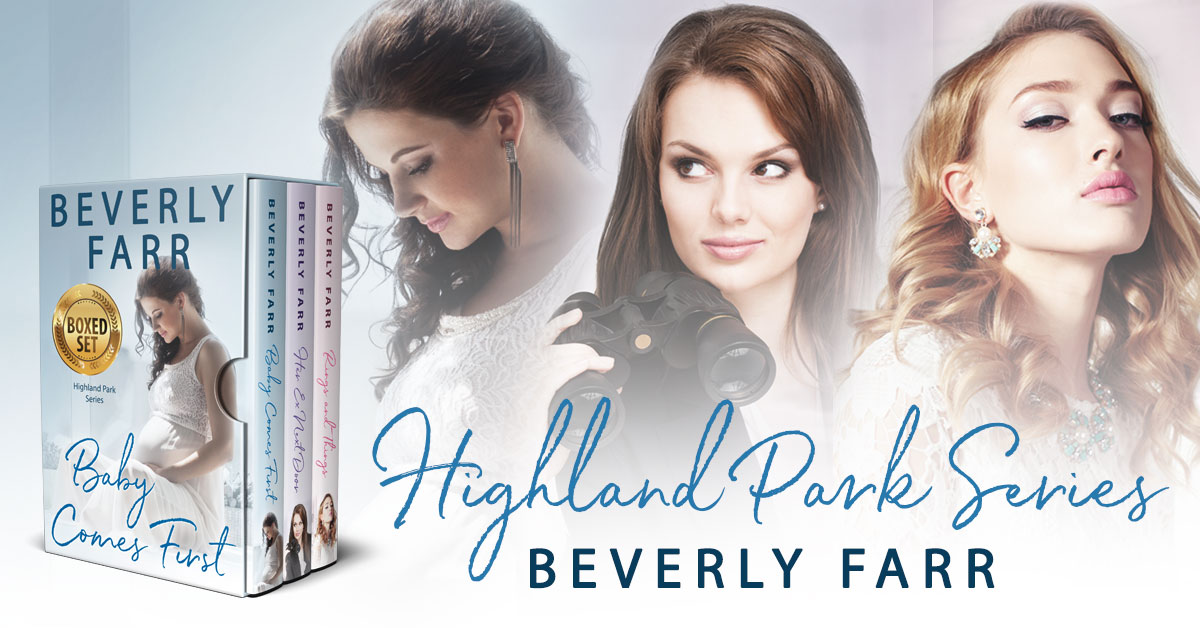 Three heroines who are not looking for love but find it in surprising ways.

First comes love, then comes marriage, then comes baby in the baby carriage — but Hannah’s doing it in the wrong order.

Hannah has a secret. She’s given up her dream of a traditional family and gone to a sperm bank. She’s thrilled to be pregnant, but she doesn’t want her handsome new boss Luke asking too many questions.

Luke is a high-powered trial attorney. He doesn’t have time for love, but he finds his new secretary Hannah increasingly attractive. And he senses that there’s something she’s not telling him.

Her Ex Next Door

Sometimes what happens in Vegas doesn’t stay in Vegas.

Ginny hasn’t told anyone about her brief marriage nine years ago – not even her new fiancé.

Ginny is planning to get married in six weeks, when her ex-husband Derek shows up. Derek has always been trouble — too smart, too sexy, too unreliable. Ginny wants nothing to do with him, but now he’s rich, and he has mischief on his mind.

Ginny does not want to trade her dreams of happily-ever-after for a guaranteed heartache. But what if Derek has changed?

Naomi’s acting career is on the upswing – until her charming ex-husband pulls strings to play Petruchio to her Katherine in a new film version of Taming of the Shrew. Sparks fly in a battle of the sexes, but are they real?

That’s the problem with falling in love with an actor – something she promised herself she’d never do again after Kirk broke her heart the first time.