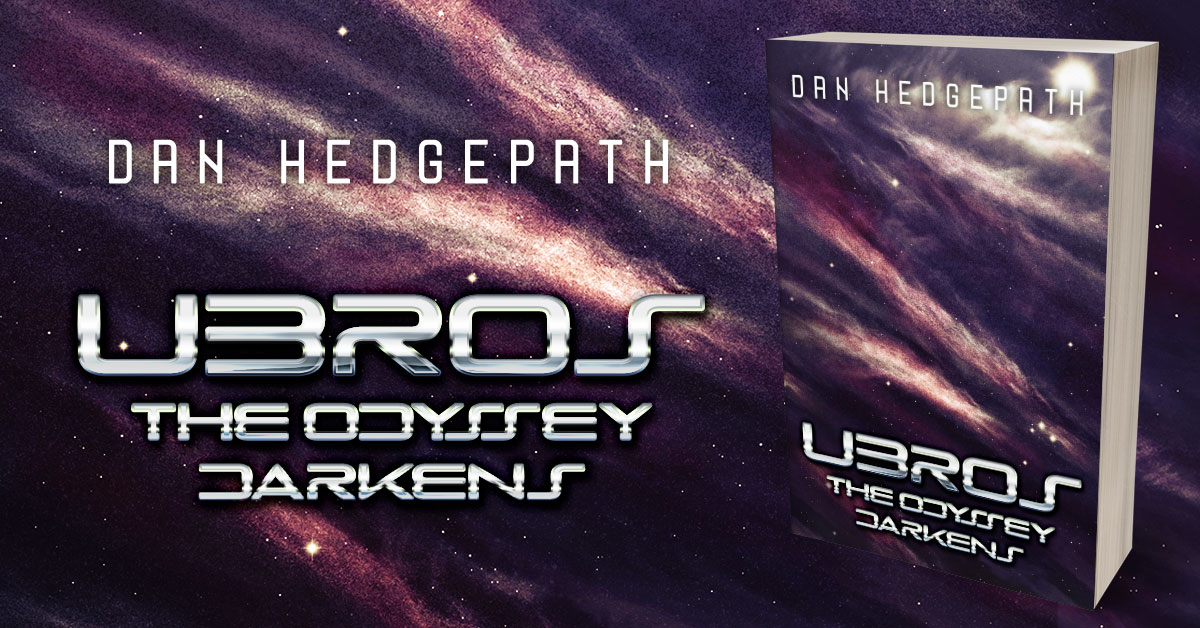 Ubros: Odyssey Darkens is the third book in the Ubros Odyssey trilogy by Dan Hedgepath.

In this third and final edition of the Ubros Odyssey, Ubros and his ship, One, come in surprise contact with the ultimate evil, Satan. The meeting is brief but to the point. A line has been drawn by both to see who will eventually triumph. Ubros will not be swayed by the devil, he serves only one God. And it is God who summons him to his cosmic enclave. There, he gives him several missions, one is to befriend his son, Jesus, and see to his care. Ubros arrives on Earth as the Savior is about to be tried and executed. This presents a great conflict for the android. He finally accepts what he cannot change and moves his ship into the future. But not before good things happen to him and his former Oshi crew.

Adventures abound in this final edition. Among them is Ubros is assigned the task of assisting the allies during the second world war, and to do do without changing history. He must stop the enemy from developing a horrible weapon of mass destruction from technology gained from a lost alien. Ubros is then reunited with those he never thought he would see again, but is needed for their rescue. Ubros does not forgive and he exerts his power as he destroys a complete country order to send a message.