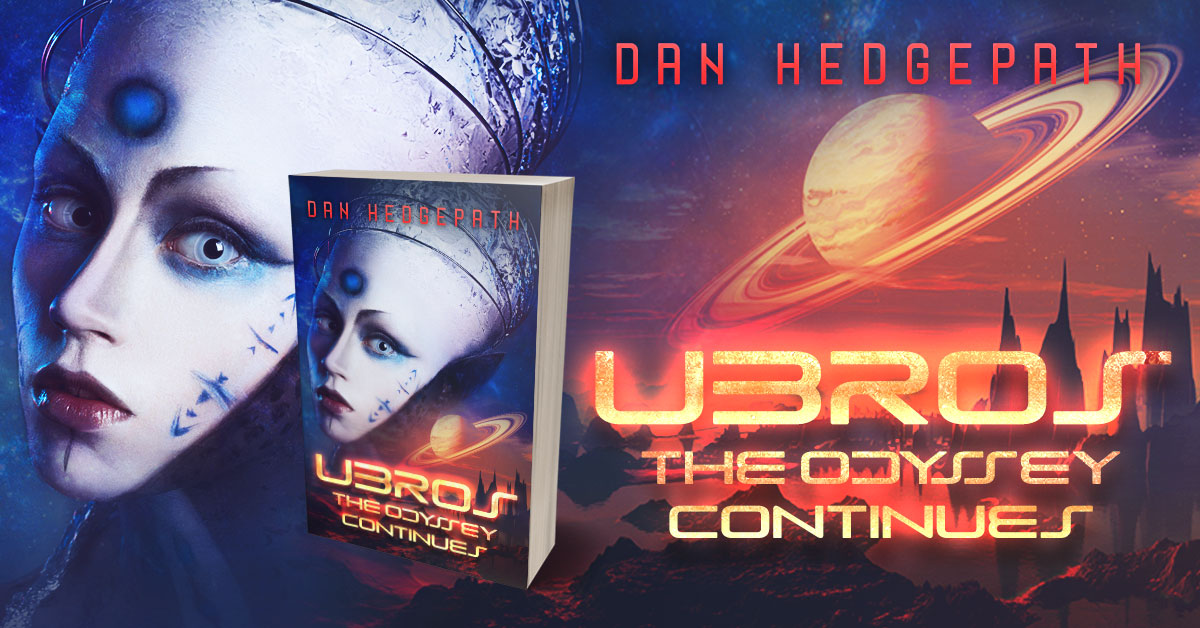 Ubros: Odyssey Continues is the second book in the Ubros Odyssey trilogy by Dan Hedgepath.

In this second edition of the Ubros Odyssey, Ubros is on a mission to find the alien killers of Kreg, one of his Oshi crew. His journey takes him and Uri from Earth to the planetary system of the great star, Sirius. He must accomplish his mission and return to Earth within 1,500 years so as to be there for the foretold coming of the Savior. He is in for a surprise when he discovers the destiny of Uri. She will soon become one who will be revered forever on Earth.

Ubros returns to Earth and the place where Kreg was killed and makes new friends. But their time together turns rogue as the American military takes steps to stop Ubros at all costs, even it it means killing innocent citizens. Ubros takes on a new responsibility, that of being a foster parent to two young boys whose father is murdered by the U.S. Army. He makes big plans for the two who yearn to become superheroes.

The Earthlings will be tested as never before when they confront an alien invasion from an enemy who has chased a friend of Ubros, Albis, for many years. The battles will be fierce both above the planet and on the surface. Ubros will have to make some hard decisions regarding the Earthlings and his friend.