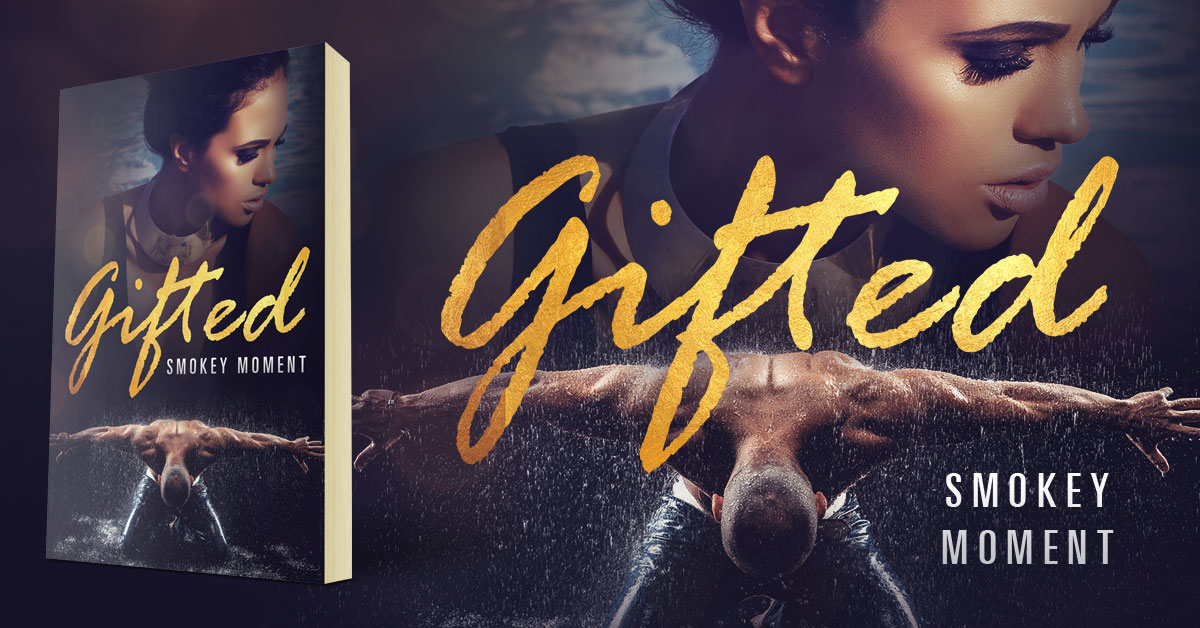 Gifted is an urban romance by Smokey Moment.

With his good looks, sex appeal and magnificent body, Ramell Ross is a man in demand and every female wants a piece of him. But Ramell has nothing to give but a little bit of drama followed by a good time. He is a serial non-committer and bounces from woman to woman, leaving a trail of babies throughout the low income housing unit he resides at. He begins to feel the heat as his list of responsibilities grows and his four babies mommas begin to pull him in a million directions. Ramell has love for his children and tries to balance keeping the mother’s content when all they want is him. Ramell’s reluctance to get seriously involved with any woman is challenged when he meets the beautiful, sexy and sophisticated Farah.

But Farah’s not interested in men from Ramell’s side of the tracks and she quickly dismisses him.

But Ramell has a gift. A gift she recognizes immediately and he doesn’t disappoint.

Will Ramell win Farah over? Will he stop procrastinating and follow his inner voice and reach his full potential?

Will Farah throw out her long list of must haves and take a chance on a man who isn’t what he seems?

Farah is a woman who sees his potential but is not sure he is worth the risk.

This is a urban romance novel about the power of love and the drama that can tear two people apart or bring them closer together. A must read full of intense drama!

This is the story of a man built to endure and becomes all he can be through the eyes of a woman he adores. Urban fiction guaranteed to grab your attention and have you wanting more…